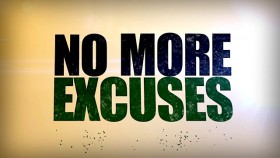 Kitty and I just got back from the doctors office, and the prognosis is grim: yes, folks we are getting old. Well, older. Things don’t move as well as they should. Pounds don’t drop off as easily as they should. And you know that once you’ve been told that you have to take a daily vitamin then you’ve passed back into that space where only kids and old people live: the augmented life space. Both kids and old people need augmentation to live a normal life, no? Actually, it’s probably not due to aging, but the fact that we’ve all not put the right foods in our bodies nor exercised as much as we should. We’ve already taken steps on our diet, made attempts at exercise which we going really well until Christmas, until we fell off the wagon. But no more. Not a resolution, but a promise, a commitment. No more excuses.

I know it. It’s tough to balance everything that is going on in life with maintaining both the proper food and exercise. But it’s not really an option. It’s mandatory.

Too many of us just pass things on, saying that we will get to it someday, and just put it off and put it off. There’s a powerful scene in Fat, Sick & Nearly Dead where the brother of the guy who is on the diet keeps saying that he knows that he needs to do something about diet and exercise, but he doesn’t. Eventually he has a heart attack, which doesn’t kill him, but ends up putting him on very expensive drugs. This event is enough to get him to change.

None of us can afford to wait for that climactic event to occur in order for us to DO SOMETHING about our health. This event is YOU, NOW, making that decision to prioritize your health and welfare over everything. Make it so, Number One.

[…] -on lifestyle change. You must be totally ready to take on every aspect of your food and exercise. No more excuses. When we first started Paleo, we were being half-hearted about it and actually gained weight. Then […]